Lately, we have witnessed the launch of a number of smart-phones, majority of which are dominated by Google’s Android. The last few years were all about the launch of flagship android smart-phones, of which, most have the basic specification of 4GB of DDR4 RAM, almost as equal to a normal laptop. Even the resolution of the phones have magnified to an extent where they can easily compete the HD television installed in our houses. The camera quality has increased considerably, and is improving steadily with each new phone that is launched.

Keeping a tab in these specifications, customers these days have a lot of options to go through while buying a smart-phone. Here we have listed the top 10 android smart-phones of 2016 available in the Indian market. The list has been prepared keeping in mind the mix of performance and features. The first company to introduce flagship smart-phones in the Indian market, Samsung has gradually updated its specification sheet. Recently, Samsung has refined its glass and metal design that the brand had introduced with its Galaxy S6 range in March 2016. Galaxy S6 in now water proof, and supports microSD cards up to a maximum memory of 200GB. The new Galaxy S7 Edge has all new Exynos 8890 SoC, and comes with 4GB RAM and 32GB internal storage memory. The pixel resolution is 2560×1440, and features a screen of 5.5 inches. The battery life is 3600mAh, and sports a 12MP Dual Pixel primary camera. Price: Rs 56,900 (approx.) The Nexus 6P smart-phone made by Huawei comes in a premium aluminium build. Huawei has equipped the Nexus 6P with 2560×1440 pixel resolution and a 5.7 inch AMOLED display. The phone offers a storage of up to 128GB and is powered by Qualcomm Snapdragon 810 Soc, enhancing its performance. There is a 12.3 MP primary camera, which supports laser-assisted autofocus. The phone also has a fingerprint sensor, a 8MP secondary camera and a 3450mAh non-removable battery. With the goodness of Android Marshmallow, Huawei Nexus 6P is the most complete android phones in the market. Current Market Price: Rs. 39,999 (approx.) The Moto X is listen as the world’s first shatterproof display smart-phone and the strongest in the Motorola Lineup. It has 2560×1440 resolution and features a 5.4-inch AMOLED display. Motorola has powered the Moto X force phone by Snapdragon 810 SoC, and optimized both the hardware and the software to offer a better battery life. The camera at 12MP is quite competent, but the major attraction remains the shatterproof display. So if you are a clumsy head, Moto X will be the best choice for you. Current Market Price: Rs. 34,999 This new launch by HTC has an uncanny resemblance to Apples’s iPhone 6 regarding its design. It is a very classy and ergonomic phone look-wise. One A9 is very slim and light and features a 5-inch Full HD AMOLED display. Powered by Qualcomm’s Snapdragon 617 SoC, the phone comes with 3GB Ram and a 13MP rear camera. The features are nothing out-breaking, but the price range it comes in, HTC seems to be the best. However, the key USP still remains its design. Current Market Price: Rs. 32,900 With the launch of Mi 5, Xiaomi has hit a new level of technological advancement. This time Xiaomi has fused the entire ergonomic body of phone with glass and metal chassis. It features a 5.5-inch display with full HD resolution and offers a well-balanced color gamut. Xiaomi Mi5 is powered by Qualcomm’s Snapdragon 820 chipset. The camera is 16MP having a 4-axis OIS, backed up by a 3000mAh battery. However, it should be noted that only the 3GB RAM-32GB is launched in India. Current Market Price: Rs 24,999 (approx.) It is a great choice for the customers who prefer productivity on the go. Launched in 2015, this flagship of Samsung is still one of the best sellers; courtesy- its fast speed and productive features. The phone features a 5.7-inch 2K AMOLED display with S-Pen (Stylus). It is powered by Smasung’s Last generation Flagship- Exynos 7420 SoC. Installed with a 16MP rear camera, which offers 4K video recording. Current Market Price: Rs 47,000 (approx.) 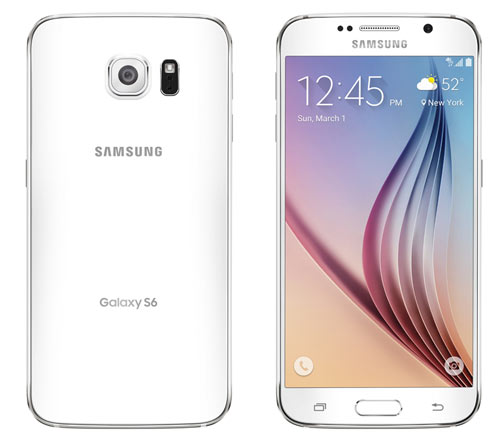 Samsung Galaxy S6 was launched last year, but is still is one of the best selling android phones in the market. Featuring a 16MP camera with OIS, Samsung Galaxy S6 is powered by the Exynos 7420 SoC. This combination makes the phone an excellent gadget to splurge at. It has an excellent 2560×1440 pixel resolution and a 5.1 inch AMOLED display panel. With glass and metal designing in the front, Samsung Galaxy S6 has got the sleek looks. The Samsung Galaxy S6 32GB and 64GB, with 3GB RAM each is available in the Indian Market. Current Market Price: Rs 33,900 for 32GB, Rs 56,700 for 64 GB. LG Nexus 5X is the new re incarnated model of the Nexus 5. The LG Nexus 5X has got new interiors which features a 5.2-inch Full HD IPS display. The android phone is powered by Qualcomm Snapdragon 808 SoC, and is available in the Indian market in two varieties: 16GB and 32GB, wherein the latter comes with more battery backup. The camera is almost similar to the Nexus 5; with a 6MP secondary camera and a 12.3 MP primary one. Current Market Price: Rs 29,499. though this self proclaimed flagship phone did not create much of a furore in the market previously, it has still managed to be one of the best smart-phones available. OnePlus took extra precaution for the next series, and hence the Snapdragon 810’s heating issues in the OnePlus 2 series. The camera quality has been improved. Re-launched in a new discounted price, OnePlus 2 is the best budget buy flagship smart-phone to splurge on. Current Market Price: Rs 22,999. Xiaomi Redmi’s incredible performance definitely beats every sub-20K smart-phone available in the market. Powered by Qualcomm Snapdragon 650, Xiaomi’s Redmi Note 3, the battery backup offered is 4000mAh, and thus runs for at least 12 hours of usage in single charge. The camera is 16GB, and the phone is available in two variants- 16GB and 32GB. however, the phone is available only through Flash sales, which remains a major deterrent. Current Market Price: Rs 11,999 (approx.)