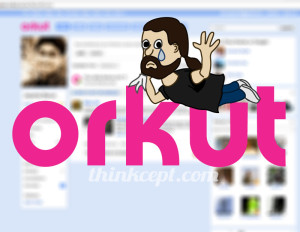 One of the first social networking sites which was a instant hit among youngsters, Orkut finally bites the dust and will be closed down September 30, 2014.

Google had launched Orkut in 2004, introducing many of us to ‘social networking’ and was one of the first social site redefining how we interact online. Infact Facebook was launched in the same year, but Orkut rapidly gained popularity among the masses in India and Brazil. However Facebook finally overshadowed Orkut sometime in 2009-2010, and ever since then it has been unstoppable.

A brief history about Orkut as per online website searchenginewatch.com

Google has quietly released a social networking service called orkut, named after Orkut Buyukkokten, a Google software engineer who developed the project during personal time allowed to him by Google.

All employees at Google are allowed to spend twenty percent of their time working on personal interests, a policy Google has to encourage creativity. Buyukkokten had an interest in social networking and so developed his service, Google says. Now the company has decided to open it to the public.

In an official email, Google states…

A Farewell to Orkut

After ten years of sparking conversations and forging connections, we have decided it’s time for us to start saying goodbye to Orkut. Over the past decade, YouTube, Blogger and Google+ have taken off, with communities springing up in every corner of the world. Because the growth of these communities has outpaced Orkut’s growth, we’ve decided to focus our energy and resources on making these other social platforms as amazing as possible for everyone who uses them.

We will shut down Orkut on September 30, 2014. Until then, there will be no impact on you, so you may have time to manage the transition. You can export your profile data, community posts and photos using Google Takeout (available until September 2016). We are preserving an archive of all public communities, which will be available online starting September 30, 2014. If you don’t want your posts or name to be included in the community archive, you can remove Orkut permanently from your Google account. Please visit our Help Center for any further details.

It’s been a great 10 years, and we apologize to those of you still actively using the service. We hope you will find other online communities to spark more conversations and build even more connections for the next decade and beyond.