A tribute to Dr. Bhupen Hazarika 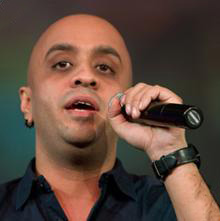 Not until recently could I imagine Assamese music to be infused with rock. Today, I can and kudos to Joi Barua for this feat. Joi Barua, born in Digboi, Assam and raised primarily in Jorhat, later on moved to Shillong and Guwahati to pursue his education. Being born in a family inspired by music, Joi too soon realized that music was his calling. What began as jamming sessions with cousins in the living room soon gave shape to an irreplaceable passion that inspired him to fathom the great depths of music.

After spending a few years in Delhi following his graduation from Guwahati Commerce College, he found his home away from home in Mumbai. He was supported by his good friend Zubeen. His unique voice soon stood out and started fetching him assignments for jingles for a multitude of brands including Nescafe, Horlicks, Barclays Bank, Vodafone and Kurl On. Joi Barua’s first break into mainstream Bollywood music came with the club remix of the popular song “Dekh Le” from Munna Bhai MBBS for music director Anu Malik. And since then, he has been working with various music directors like Amit Trivedi, Ram Sampath, Shankar-Ehsaan-Loy and Vishal-Shekhar, just to name a few.

Joi plunged into the Assamese music scene with his unconventional and soulful album Joi- Looking Out The Window. The album is the outcome of the combined efforts of Joi Barua himself, Pawan Rasaily (guitar and music programming), Manas Chowdhary (bass), Ibson Baruah (lyrics) and Abani Tanti (Producer). This album has the flavor of different genres, – rock, jazz, pop and some captivating elements of Assamese folk. The uniqueness of the songs in the album, all composed and sung by Joi, compels you to pause and take notice. An early 2011 release, it has been a smashing hit amongst the masses and the classes in Assam and elsewhere.

What makes Joi Barua’s music so compelling is its pure passion and soul. This is also evident when one interacts with him. His energy is infectious and his desire to bring out his best through his music is almost awe inspiring. He intends to create many more pieces of great Assamese work looking at the immense success of his first album. Future Sounds wishes him great success in all his future assignments. 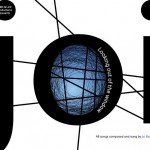 Joi Barua – Looking Out Of the Window