The Nokia Lumia 720 which was announced last month at the MWC 2013, is now available online for pre-order starting at Rs. 17,720. This is the cheapest price which has been seen online at the popular shopping site eBay India. Flipkart has listed the same phone for pre-order at Rs. 18,999. The phone is expected to be released in the fourth week of April.

If you order from eBay India, ICICI/HDFC/AXIS Bank customers can avail a further discount of Rs.750 on the order using discount coupon codes, and can pre-order the phone at Rs. 16,970. The pre-order offer at eBay is only available for the first 35 buyers till 20th April and delivery will happen between 3-4 weeks (till May 1-2nd Week).

Flipkart is offering zero processing fee on EMIs for 3,6,9 months with offer being valid till 24th Apr 2013 . It is also offering Sandisk 16GB memory card as exclusive pre-order offer.

The Nokia Lumia 720 is a single GSM SIM candybar smartphone running on Windows Phone 8 OS, powered by a 1GHz Qualcomm Krait dual-core CPU, Adreno 305 GPU and 512MB of RAM. It has a 4.3-inch IPS display with a 480×800 resolution. 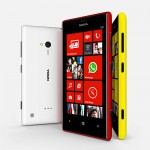 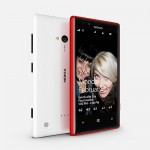 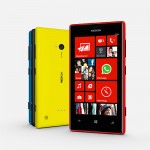