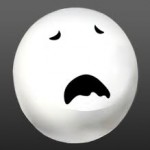 In March 2013, Airtel was slapped a fine of Rs 350 crore and told to stop 3G services in 7 circles by DOT. In the aftermath of the ongoing legal tussle between DOT and the telecom operators, Vodafone and Idea has also been asked by the Department of Telecommunications (DoT) to pay penalties of Rs. 550 crore and Rs. 300 crore, respectively, for providing 3G services outside their circles without requisite licences. The Delhi High Court today asked telecom companies Vodafone India and Idea Cellular not to add any new customers for providing third-generation (3G) roaming services, and also directed the government not to take any “coercive steps” against the companies.

This means that Vodafone will not offer any new 3G connections anywhere in the Assam and North East circle effective immediately. Existing customer might not be impacted, however clarification is awaited.